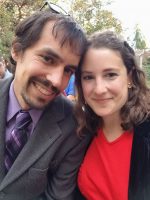 Marie is the Washington Wine Institute’s newest staff member fulfilling the Membership and Programs Manager role. Marie moved to the Yakima Valley less than six years ago with her now husband, Luke, and no idea what she would be doing with her time. Upon exploration of the area, she has fallen in love with the wine country of the valley and beyond. She has previously worked as a digital media producer with KIMA tv and the Director of Communication with the Yakima Association of Realtors® (YAR) where she helped new Realtor® members become accustomed to membership benefits, resources, and the onboarding process. She enjoys hearing ideas and new perspectives from others, and found that some of the most effective ideas implemented during her time at YAR came from members themselves. She feels very fortunate to have the opportunity to advocate for workers in such an impactful and multifaceted industry that is the Washington wine industry. Marie is a proud Midwesterner originally from St. Louis, MO, and a graduate of Missouri State University, but considers Washington her new home. She enjoys spending time with Luke and her dog Wookiee, knitting, and of course, trying a new wine.