CT joined the Washington Wine Institute in April 2016.  Prior to taking an eleven year hiatus to stay home with her family, she worked for Intel Corporation as a Materials Program Manager.  Her computer and organizational experience at Intel, along with her love of Washington wine made her the perfect candidate to manage the day to day operations for the institute.  She is a graduate of Purdue University and lives in Olympia with her husband Mike and her youngest son, Jacob.  CT’s two oldest children, Matthew and Maddie, attend Gonzaga University in Spokane. 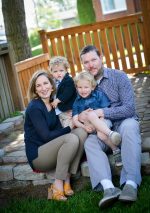