Olympic Peninsula Wineries is a collaboration of eight award winning wineries and cideries located in Sequim, Port Angeles, Nordland, and Port Townsend on Washington State’s beautiful Olympic Peninsula. Our wine trail is one be envied with each location offering a unique and diverse variety of wine & cider, paired lovingly with local, season delights!

The Olympic Peninsula Wineries are a group of hands-on owners/winemakers committed to handcrafting excellent, award-winning Washington wines. Each of our Olympic Peninsula Wineries offer visitors friendly hospitality and a unique, memorable experiences. Owners/winemakers are often available to personally pour for the visitors in their tasting rooms and to answer questions.

Lake Chelan is the 11th AVA (American Viticultural Area) in Washington State. This designation is an appellation of origin granted by the Federal government (more specifically the TTB). An AVA is a area with unique climate, soil and physical features that distinguish it from surrounding areas. The idea is that what is produced within an AVA is specific to that place and would not be the same grown somewhere else.

Our AVA status was granted on May 30, 2009 because the Lake Chelan Wine Growers Association petitioned the TTB for this designation. It took more than four years to accumulate all of the geographic, historical, geological, climatic, and soil information and put that through the rigorous federal process. A great deal of work and energy was put forward in accomplishing this momentous status and our growers and winemakers in the valley are quite proud to be acknowledged in this way.

Our AVA is quite easily described in terms of boundaries. It encompasses the southernmost and easternmost areas of the lake and the surrounding land that are at or below 2,000 feet in elevation.

To make it a bit easier to understand, the AVA begins with the town of Chelan and continues up lake for 12 miles. From an elevation standpoint, you are in the AVA if you could dump a bucket of water and it rolled towards Lake Chelan.

The Foundation is a network of growers, winemakers, goods-and-services providers, and wine-lovers with a shared vision: a thriving Washington wine industry. Because this vision is too big for any one person or organization to own, the Foundation’s board and staff work to build relationships, create partnerships, and facilitate collaboration to make our vision a reality.

The Foundation is unique as one of the industry’s few 501(c)(3) nonprofit organizations. This enables us to build, steward, and distribute funding for the industry in a way that others cannot. We take this responsibility and opportunity very seriously, and so commitment, stewardship, and sustainability are our highest values. 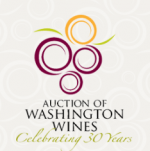 The Auction of Washington Wines is Washington State’s only non-profit wine event that has been around for 30 years. We are ranked in the Top 5 U.S. Charity Auctions*, and have raised over $37 million since our inception in 1988.  Our focus is on elevating the awareness of Washington State wines through a series of events over a weekend in August. Proceeds benefit the wine industry and local community.

The Oregon Winegrowers Association advances and protects the investments of its members. Harnessing the power of state-wide consensus, the OWA stands as a vital advocate for the health, growth and economic sustainability of Oregon's wine grape growing and wine production community. The OWA is the only statewide organization speaking on behalf of Oregon's vineyards and wineries to decision-makers in Salem and Washington, D.C. to ensure the community's continued success.

The OWA is funded through voluntary membership dues and provides legislative and regulatory advocacy, legal guidance, regulatory compliance updates and cost saving solutions to its members.

The Red Mountain AVA is located on a southwest-facing slope in south central Washington, a three and one-half hour drive from Seattle. At 4040 acres (1,635 hectares), this is the smallest, warmest wine-grape growing region in Washington. It has a unique combination of diverse geology, gentle south slope, consistent winds and notable heat profile. A complex mixture of the most rare and highly valued soil types in Washington was created by wind-blown silt and sand over glacial outflow. The AVA’s red wine grapes such as Cabernet Sauvignon, Merlot and Syrah are highly prized for creating wines of superb concentration and depth, which consistently earn critical acclaim.

TVW’s History and Mission
The Stage is Set for TVW

TVW was founded in 1993 and went on air in 1995 offering unedited coverage of Washington state government, politics and public policy. TVW was started and continues to operate on several founding principles:

- Open government: Government belongs to the people of Washington, who deserve complete access to the workings of their state government.

- In-depth, nonpartisan coverage: Both with its unedited “gavel-to-gavel” coverage and its news reporting TVW seeks to go beyond the soundbites; tell stories in elected officials’ own voices; stay meticulously nonpartisan; and let viewers make their own decisions about the issues.

- Civics education: We work to educate Washingtonians of all ages about their state government, and invite them to engage and participate.

Our valley is a beautiful oasis amid the vast sagebrush desert that rolls across most of America’s northwest interior. The name Walla Walla means “many waters,” and it highlights the rivers and aquifers that provide so abundantly for those who discover this place—from the earliest native peoples and French fur trappers to Oregon Trail pioneers and Victorian wheat barons. For each wave of arrivals, the Walla Walla Valley presents a remarkable agricultural bounty.

Enhancing the industry for  growers, vintners, partners and policymakers.

GOALS
Advocacy - Promote an environment beneficial to our members and the broader industry.

Education - Create pathways for growers and vintners to optimize their business through knowledge and understanding.

Connectivity -
a. Facilitate opportunities for members and the broader industry to network;
b. Provide partners and policymakers access to the industry; and
c. Generate ways for members to effectively communicate issues.

Governed by a board of nine directors, elected by peers to three-year terms, the organization is funded by membership dues and proceeds from the annual convention and trade show held each February, as well as other educational events throughout the year.

Woodinville Wine Country is a mere 30 minutes northeast of Seattle, but it might as well be the other side of the world. This small, scenic valley is where the fruit of Eastern Washington meets the vintners, chefs and flavors of the Pacific Northwest. It’s a delicious crossroads of winemaking, microbrewing, fine dining, and the people who pour their heart and soul into them. Explore, experience and enjoy!