Today, Governor Inslee announced that five additional regions in the state are moving to Phase 2 as part of his Healthy Washington reopening plan. Once these regions move, seven out of eight of the state’s regions will be in Phase 2.

The North, Northwest, North Central, East and Southwest regions, as outlined in the map below, will move into Phase 2 beginning this coming Monday, February 15*. During Phase 2, indoor service is permitted at 25% capacity with restrictions. The Puget Sound and West regions are already in Phase 2.

*Although Monday was announced as the start date, the Governor might allow an earlier start to allow restaurants and hospitality industries to take advantage of Valentine’s Day weekend. Updated information will be posted on the Governor’s website as available.

Under these new phases, the following restrictions are in place for eating and drinking establishments:

See this chart for all of the restrictions in Phases 1 and 2.

The regions are mostly based on Emergency Medical Services (EMS) regions used for evaluating healthcare services. There are eight regions of four or more counties, divided according to available health care services based on metrics such as hospitalizations, case data and disease mobility. 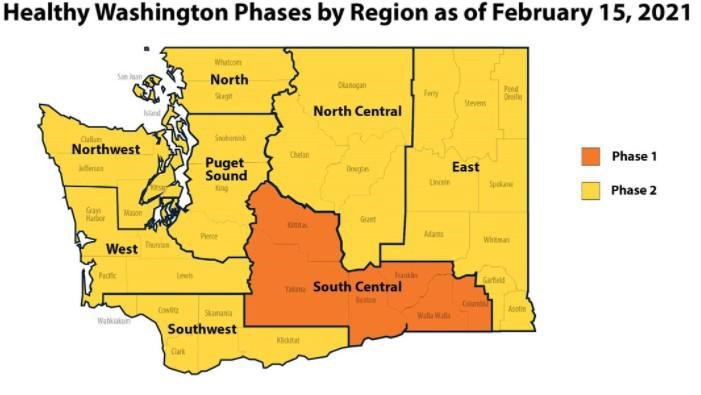 Every region must meet three of the following metrics before moving to Phase 2, and to remain in Phase 2. According to the Governor’s office, the South Central region has only met two of the metrics as of this week, with increases in both the trend of new COVID-19 hospital admissions and the test positivity rate: 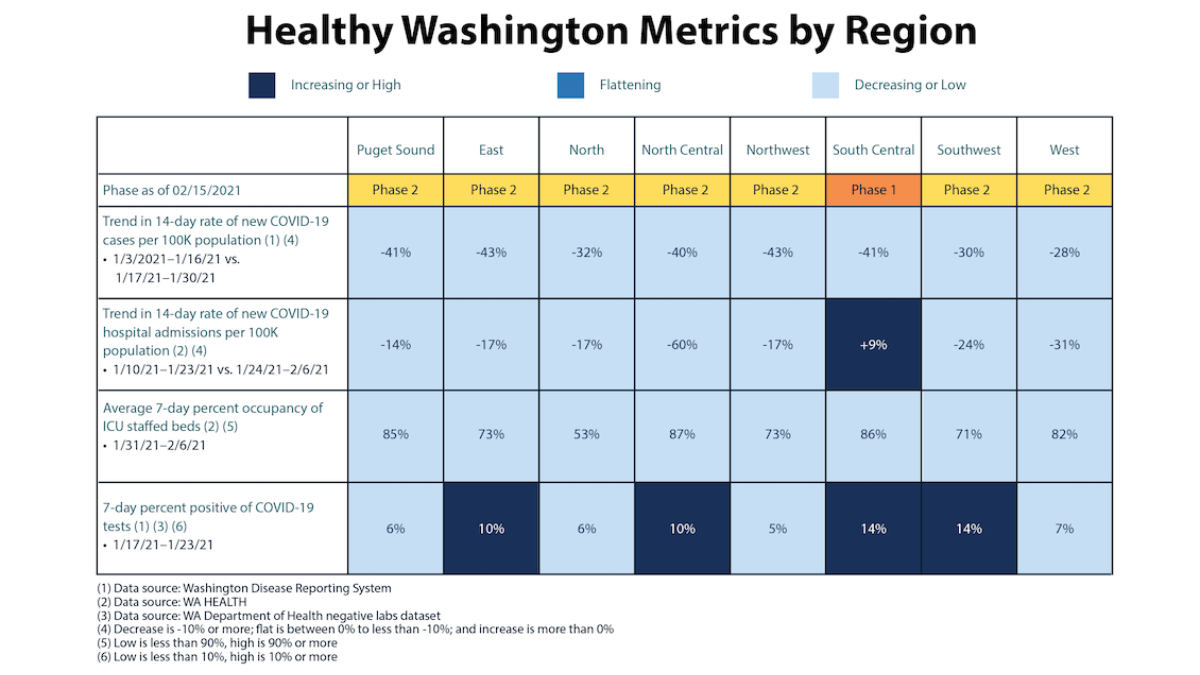 During the press conference today, a representative from the Department of Health spoke directly to the South Central Region metrics and acknowledged the numbers are now beginning to trend in a more positive direction. The metrics for each region will be updated every other Friday. DOH will move eligible regions into a new phase the following Monday. The next possible date for any region to move to Phase 2 or back to Phase 1 would be March 1st.